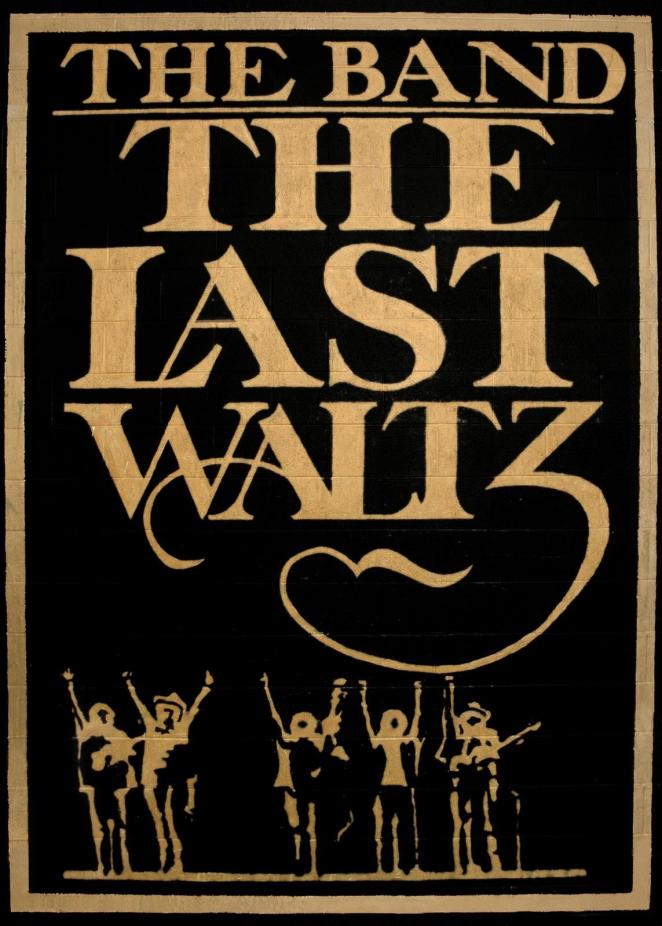 Directed by concert-filming genius Martin Scorsese The Last Waltz is a lively and emotional look into The Band’s farewell show at Winterland in San Francisco. And what a show it was. Bill Graham, San Francisco legend, booked the show and brought together many of music’s finest to perform together. He also allegedly is the reason the show was filmed. Dylan protested the filming of the final few numbers, but Graham frustratedly exclaimed, “This is history! We’re filming.” Basically thank god for Bill Graham. And thank god for Scorsese who has the unique ability to rig up a concert hall with enough cameras to make the show come alive on screen. He brings a unique dynamism to concert films (see my review on Scorsese’s Rolling Stones documentary Shine a Light). Like in Shine a Light, the film is primarily concert footage interspersed with some interviews with members of…

You know what else is from San Francisco? Moby Grape!

Directed by concert-filming genius Martin Scorsese The Last Waltz is a lively and emotional look into The Band’s farewell show at Winterland in San Francisco. And what a show it was. Bill Graham, San Francisco legend, booked the show and brought together many of music’s finest to perform together. He also allegedly is the reason the show was filmed. Dylan protested the filming of the final few numbers, but Graham frustratedly exclaimed, “This is history! We’re filming.” Basically thank god for Bill Graham. And thank god for Scorsese who has the unique ability to rig up a concert hall with enough cameras to make the show come alive on screen. He brings a unique dynamism to concert films (see my review on Scorsese’s Rolling Stones documentary Shine a Light). Like in Shine a Light, the film is primarily concert footage interspersed with some interviews with members of The Band.

The film opens with the charismatic lead guitarist and singer Robbie Robertson discussing and slightly lamenting The Band’s 16 year touring stint; they’re tired and ready for the end. Then we see The Band absolutely shred their greatest hits. Levon Helm is so incredibly soulful while Robertson is playful and fun. Shape I’m In, The Night They Drove Old Dixie Down, Evangeline (sung with the ever wonderful Emmylou Harris), and Ophelia were highlights, but The Weight (The Staples) decidedly stole the show. After they finish the song one of the backup singers is caught on camera whispering “beautiful” barely into the mic proving that once again music is magic.

The best parts of the film though are likely the numbers featuring an impressive array of guest stars. Neil Young joins The Band onstage to sing Helpless while Joni Mitchell waits in the wings singing backup vocals. The song lends itself to an ensemble and sounds beautiful. Then Joni joins The Band onstage for an energetic and pitch perfect performance of Coyote which lends itself less to an ensemble cast but nonetheless is a treat. Muddy Waters and Eric Clapton both join The Band to perform (wonderfully) their own songs. Van The Man joins them later for an all star performance of Caravan which he totally sings the shit out of. Van works the crowd (and the band) and steals the show. I will admit that I am a lover of Van Morrison but had never really seen him perform and was distracted by his rather rodent like appearance.

And then . . . drumroll . . . BOB DYLAN! The Band gave Dylan the well deserved honor of closing out the show. Dylan comes on in what first appears to be a pink fedora but out of the light is white. He starts off with his signature blank stare and frown, but he warms up surprisingly quickly. He begins to smile at the members of The Band and even the audience. The glint in his eye is obvious; he’s having fun. I’d actually never seen our sultry poet look so happy performing, and it made me really really happy. In Dylan’s autobiography, Chronicles pt. 1, he talks about not enjoying performing and being self conscious especially when he was younger. I think that being onstage with other well known and wonderful musicians gave him the space to enjoy performing. Dylan gives a show stopping performance of Forever Young and then jams out with The Band to a punched up Baby Let Me Follow You Down. So freakin cool!

Finally the whole cast (plus Ronnie Wood and RIngo!!!) comes onstage to join Dylan and The Band for I Shall Be Released. It is a magical moment seeing so many greats side by side—Joni singing with Neil Young, Dylan with Van Morrison etc etc.

The best part of the film is perhaps watching the members of The Band watch their guests perform. Seeing the wonder in Robertson’s eyes as Dylan sings Forever Young, watching Rick Danko smile like a kid seeing Joni, seeing Levon’s childlike reverence for Muddy Waters. When you think about it it’s remarkably selfless (or confident?) that The Band decided to bring so many incredible musicians—all who totally hold their own and steal the show—onstage with them for their last show. I think for The Band it has always been about the big sound of togetherness. Their songs (e.g. The Night They Drove Old Dixie Down) lend themselves to a big, loud, joyous ensembles of singers. Even their name allows for an ensemble of stragglers and solo artists who join the band just for the night.

Today was another beautiful Northern California day, and I’m a little sad to be moving to the big city so soon. This song came on and brought weird, complex, not easily describable feelings. 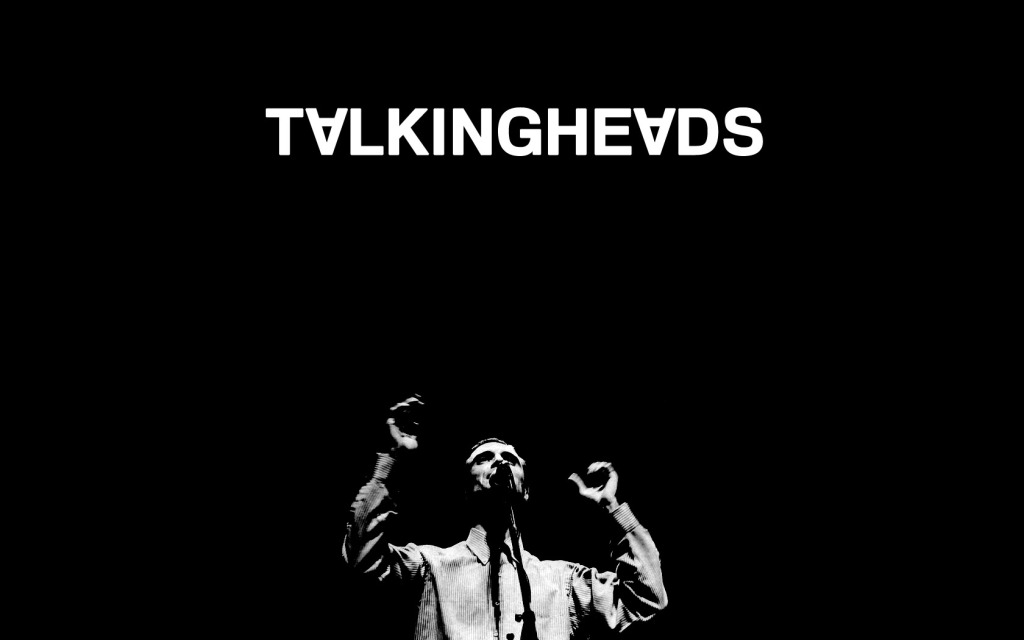 Talking Heads are actually my super cool dad’s all time favorite band, and so I very much grew up begging to here Psycho Killer one more time. I thought that song along with Burning Down the House were the best songs in the history of the universe. The first concert I really remember was actually David Byrne at the Greek in Berkeley (my actual first concert was Bob Freaking Dylan in Italy when I was one). It was an awesome show. My little brother and I danced with all the old Berkeley hippies, and it felt like the greatest thing ever. I think that show was likely when I caught the concert bug.

A man walks down the street
It’s a street in a strange world
Maybe it’s the Third World
Maybe it’s his first time around
He doesn’t speak the language
He holds no currency
He is a foreign man
He is surrounded by the sound
The sound
Cattle in the marketplace
Scatterlings and orphanages
He looks around, around
He sees angels in the architecture
Spinning in infinity
He says Amen! and Hallelujah! 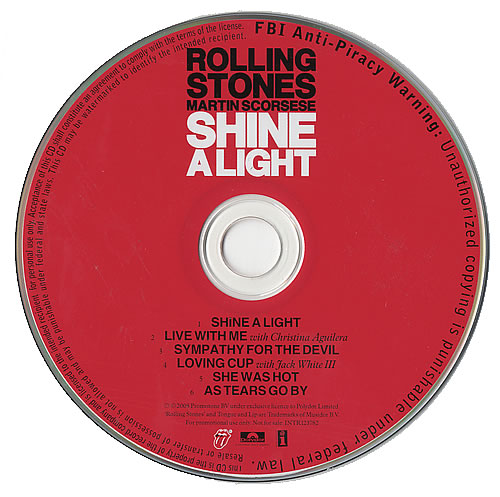 Summer roc docs guilty pleasure trip continued tonight with Shine a Light, a film directed by Scorsese documenting the Stones’ 2006 Beacon Theatre performance. Unlike usual, this time I watched the doc not on the treadmill but with my lovely parents. We were all freaking floored. They’d seen it when it came out in theaters too but were still floored!

Scorsese managed to rig that whole damn theatre with cameras effectively making a 2 hour concert film a dynamic work of art. Scorsese shows behind the scenes footage of him and his crew as well, a thrill for Scorsese lovers and fans of his thick rimmed glasses. The film is interspersed with incredibly amusing footage of the Stones being interviewed and mouthing off to Japanese and German interviewers. Scorsese expertly shows the youthfulness, sexiness, and joyful spirit of Mick, Keith and Ronnie too.

Mick shines brightest during the film/show. The camera is mostly focused on him and his positively ECSTATIC dancing. Everyone knows Mick has groovy moves, but you kinda forget how incredible he is. He’s also a lot older now so we don’t expect as much. He definitely delivers though. He appears positively possessed with the ghosts of blues and rock n roll past. I found myself hypnotized by his sashaying walks and shaking hips and also the way he interacts with the audience. You keep wondering to yourself how he KEEPS DANCING. It’s glorious! I’ll admit that after the film ended I was dancing around like a lunatic trying to imitate Mick’s crazy hand moves and airy moonwalk.

The Keith Ronnie dynamic is also a highpoint of the film. Scorsese’s many cameras do a wonderful job picking up every wink and gesture. The viewer feels in on the action.

The film/concert also has some beautiful guest appearances! Jack White, Buddy Guy and Christina Aguilera grace the stage and sing the shit out of a few songs with Mick. Buddy absolutely kills and vibes with Keith making you thank god again for the blues.

I loved every minute.

Listen to this today:

Today, the shirt used to bandage John Lennon’s fatal wounds sold at auction for $40,000. How morbid and weird is that? The shirt is stained with his blood which is apparently what garnered such a price. As the title of the linked article above quips “$40,000 can’t buy you love, but it can buy a shirt stained with John Lennon’s blood.”

If that’s something you want.

It is so painfully romantic (but also painfully true) that to love someone is to need them everywhere. The idea of physically wanting them everywhere but also to share life with them because that is love is beautifully but simply articulated in the song. It resonates as so true, honest and perceptive.

UPDATE: I forgot about “I Will” at the time I wrote this post. Also I could never actually choose a favorite Beatles song of any category (love song or otherwise). Obviously would be a folly.